One of the big pushes towards me getting into programming properly has to do with a game concept that I’ve been calling ‘my obsession’ (or on my Gogs instance, just “obsession”). The core concept is imagine a 2D n-body physics version of Kerbal Space Program, but where there is more in-depth research and you design not only spacecraft, but the parts they are made from. 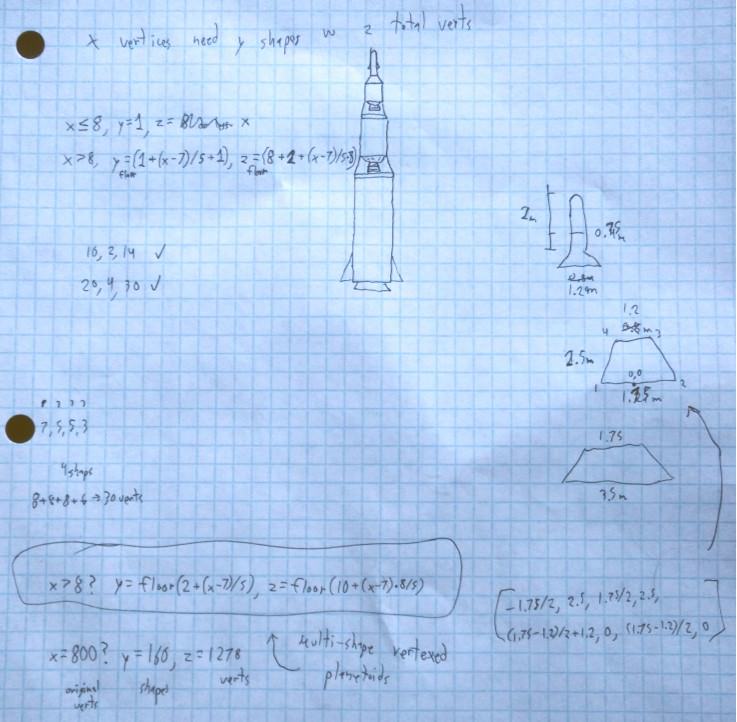 Basically, a grandiose expansion of the concepts of KSP while simultaneously stepping backwards by making it 2-dimensional instead of within a 3D universe. I am a bit more realistic with my expectations than I previously was, so I know I’m not going to achieve it for a very long time, if ever, but it still is fun to think about or poke around with code or draw out some ideas from time to time.

Littl’ description on that image on imgur:

For years I’ve been thinking about a rocket construction and flight game. Think 2D Kerbal Space Program, but with part design as well as craft design, and some SciFi aspects to it. Just started on it again and ran into a problem with the physics library I’m using (box2d), so for kicks I decided to calculate how many shapes I might need to try to make a planetoid have a variable surface instead of being circular.